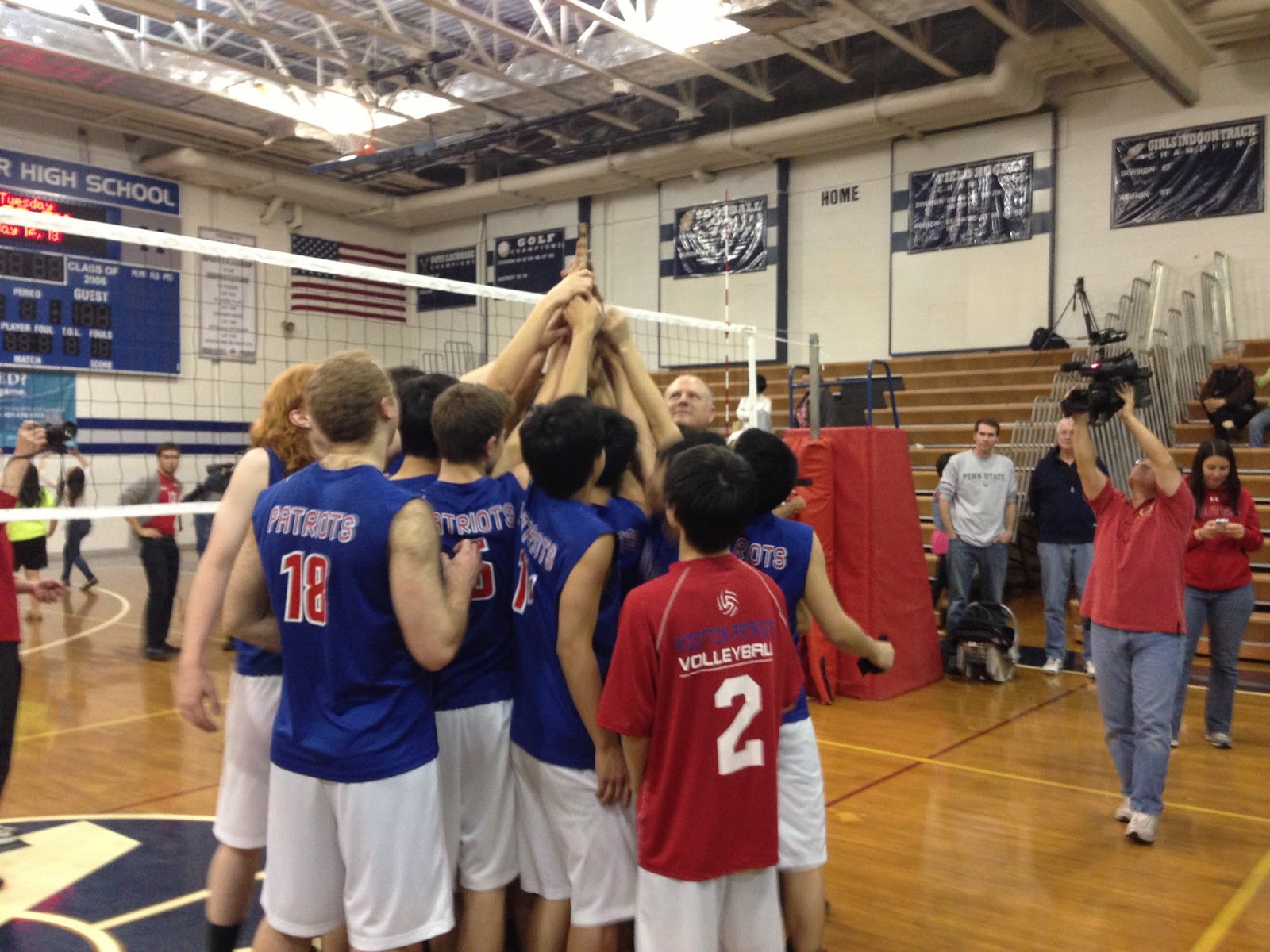 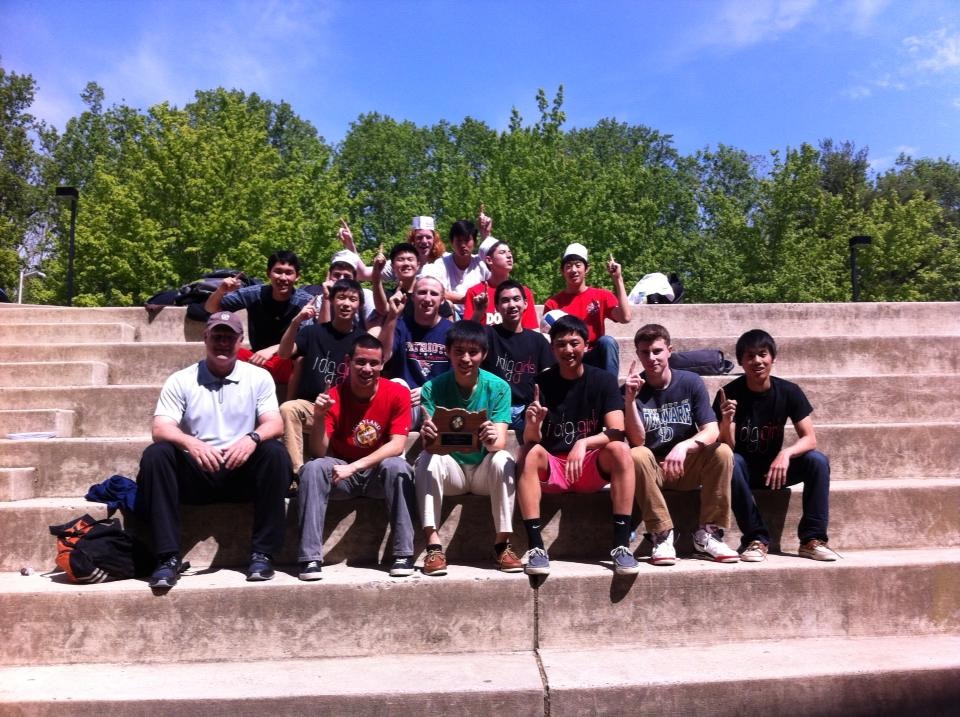 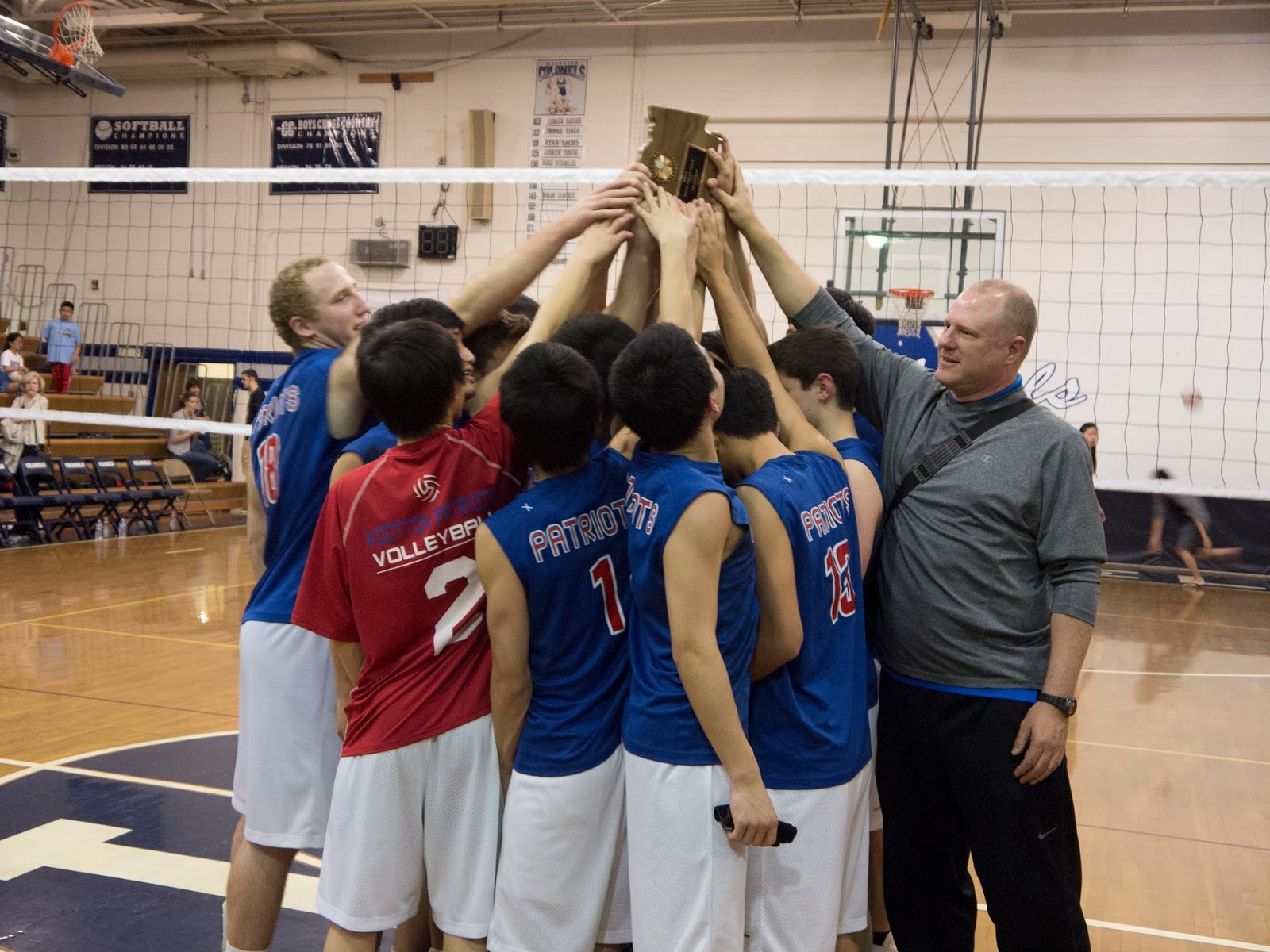 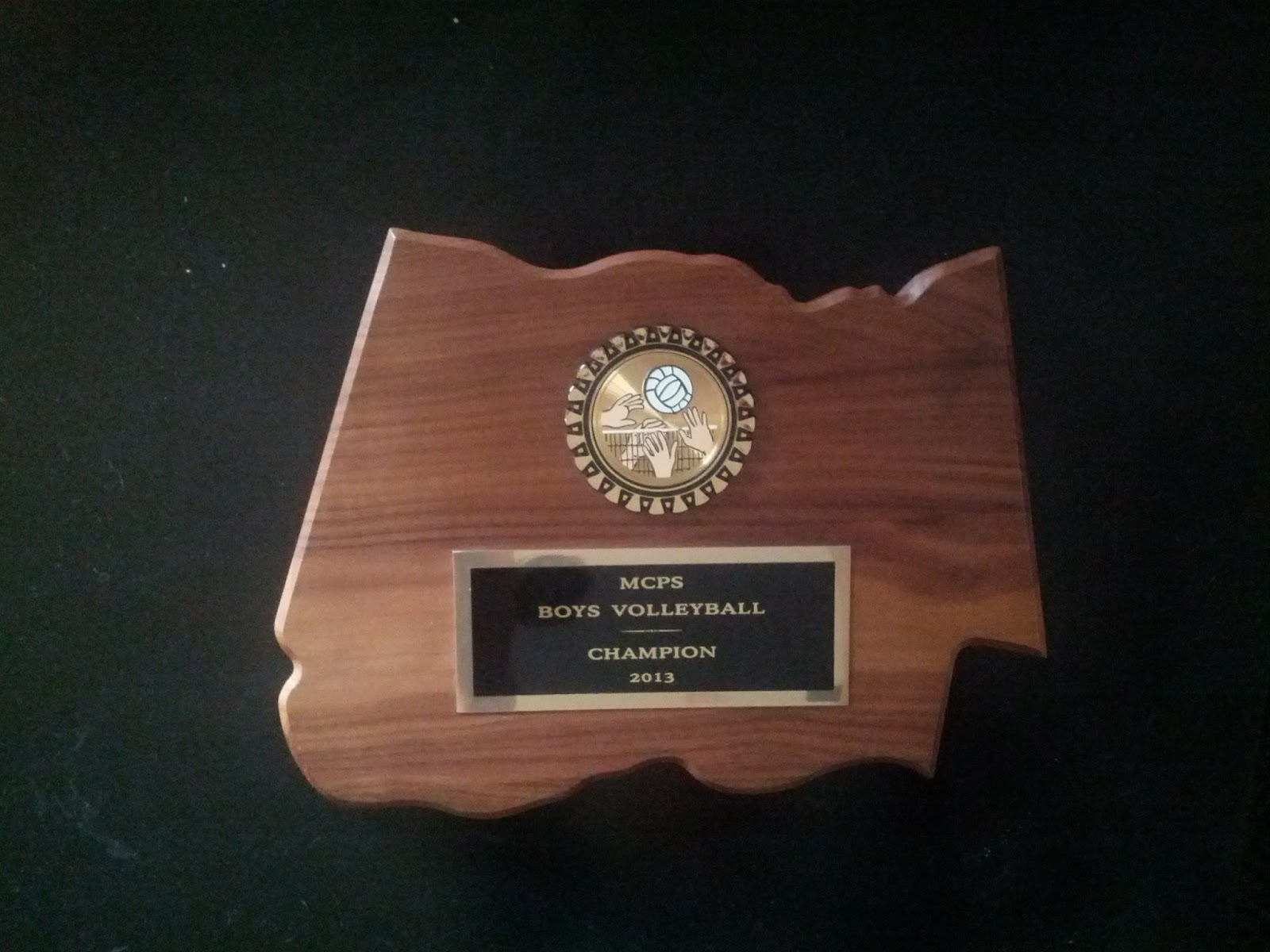 After a Wootton point in the fourth set, Aaron turned toward the bench with a big smile and said "These shoes are GREAT!"

The player next to me on the bench, Mark, sat with his stocking feet square on the floor. He smiled, satisfied with the way things were going in the match. Blair had just called their second timeout with Wootton leading 14-8. During the timeout, Aaron kicked off his torn shoes and put Mark's shoes on. In essence, however, Mark had sacrificed his chance at playing for the rest of the match.

"Are you sure about giving up your shoes so readily, Mark" I said as we sat down.

Wootton was leading the match 2 sets to 1. Mark had been poised to come off the bench to play whenever and wherever we needed him. So were the rest of the players on the bench. Their role has been "We'll beat you in practice, and we'll have your back if needed against any opponent."

With the Wootton veterans on the court battling against a tough defensive team in a highly competitive match, coming off the bench is a tough role to play. They must be ready at all times, willing to assume a role that makes the team better AT THE MOMENT IT IS NEEDED MOST. That moment may or may not come, so that role is often filled with words of encouragement or serving as extra sets of eyes in scouting the other team and giving feedback between games and during timeouts.

Or, as the new standard is set, giving up their shoes.

"Aaron needs them more than I right now" responded Mark.

The 13-0 Wootton Patriots defeated Blair three sets to one (26-24, 25-20, 19-25, 25-16) to advance to the championship match against Richard Montgomery High School, also undefeated, on Tuesday, May 14. First serve is scheduled for 7 pm at Magruder High School.

The 2013 Patriots will be following in the footsteps of some very good Wootton teams from the past few years, but they will be leaving behind big shoes to fill for those that follow.
Posted by Unknown at 10:00 PM No comments:

A young, athletic and well coached 9-3 BCC Baron squad made the trip to Wootton on a rainy tuesday to face the 12-0 Patriots. Though soggy outside, the volleyball spirit inside the gym was not to be dampened. The Patriots are playing their best volleyball of the season while the Barons showed the promise of the next few years, fielding a team consisting of one senior and the remainder sophomores and freshmen. The BCC fans showed great support for their team....something we all appreciate in the volleyball community.

Seniors Justin Fowler, Henry Zhou, Charles Wang, Aaron Krotman and Jeffrey Qiu earned the privilege to play another home match on Thursday, April 9 in a 6 pm semifinal match against Blair. A bittersweet thought, however, as it will be this senior class' last match on Wootton's court. Joining them will be a talented group of Wootton underclassmen, led by juniors Paul Malinauskas, Cary Chin and Benjamin Wang.  Sophomores Mark Pang, Richard Hum, Ethan Frymark and Adam Kaplan have made remarkable progress in a short season. Freshmen Aleks Psurek, Henry Shu and Justin Wu have assumed specialized roles on a squad that has marched to a 13-0 record. Together, these players have earned the school's fifth consecutive boys volleyball semifinal.