Wootton's Senior Night showcased the talents of Henry Zhou, Charles Wang, Jeffrey Qiu, Aaron Krotman and Justin Fowler. On the court, the seniors led the Patriots to a victory over a gritty, talented and well-coached Coyote squad that is taking direct aim at the championship title. After the match was over, the seniors got big heads, but not because of the win.... 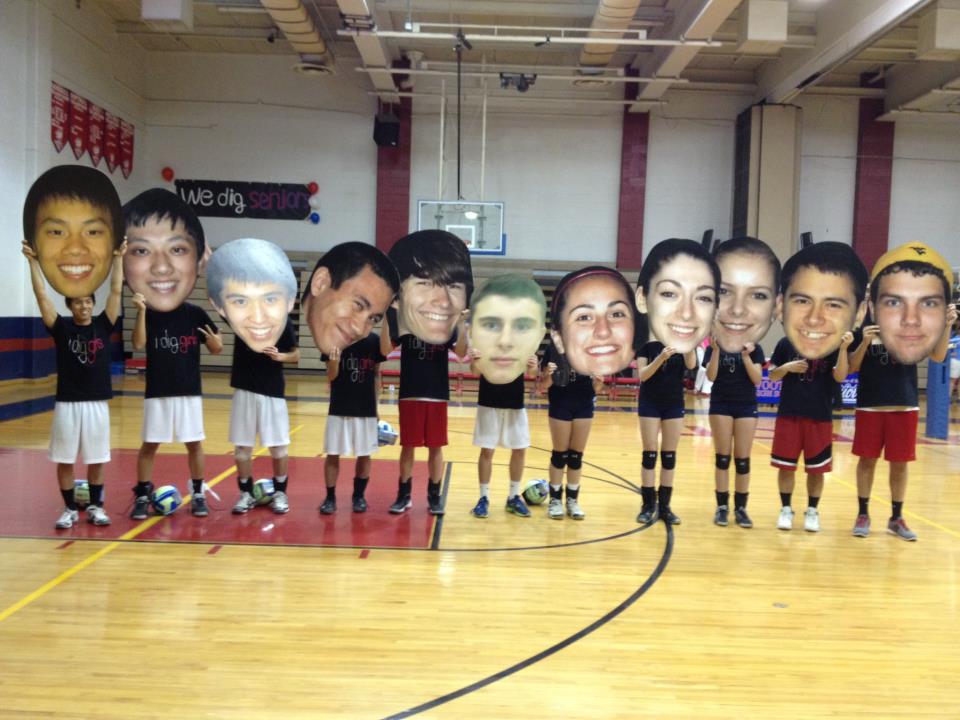 Pictured here long with the seniors from Wootton's Coed Team, this talented group has compiled quite a record. Consider:
This is a talented group of senior leaders with an impressive record earned on the court. And they now have big heads, though I can't think of a more humble group of young men who better represent their school, families and the volleyball community both on and off the court.

Wootton travels to Springbrook on Monday, April 29 to close out the 2013 regular season against the Blue Devils. First serve is scheduled for 5:15 pm.