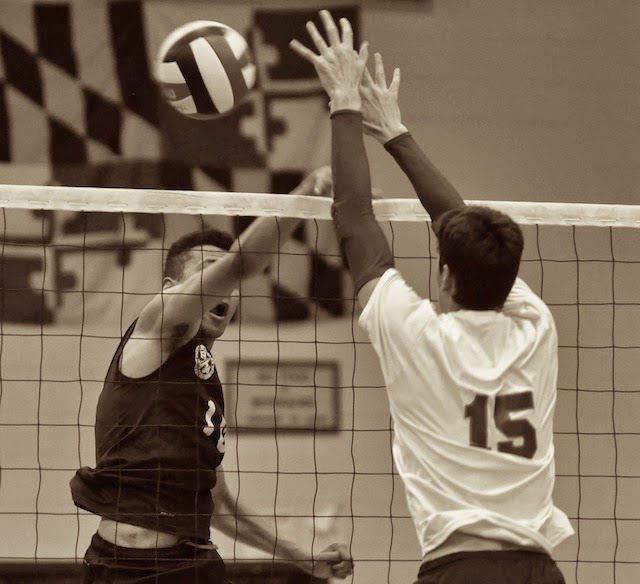 A fair crowd  witnessed the sporting young men of the Richard Montgomery and Wootton academic institutions compete on the Wootton campus this evening in the activity called "Mintonette."  Gentlemen from each illustrious institution took to the rectangular court to trade possession of a ball across a net strung higher than the usual height of outstretched arms of any of the participants. The exhibition was a fine one, and made for a jolly evening.

In "Mintonette" the points occur when gravity wins the battle against attempts to bump the ball into the air and over the net. Upon the event of the ball touching the floor (forced at times from one side of the net to the other, usually by a tall or high-jumping smasher), the team unencumbered by gravity's victory is awarded the point.

The Patriot-men of Wootton scored seventy-five points in all during the athletic contest and then no more, compared with the sixty-four points scored by the Richard Montgomerians. It had been decided upon beforehand to section the game into equal point-scoring parts whereby a milestone of twenty-five points would become the objective for each school to reach first. The Wootton mintonetters and their followers were jubilant upon reaching the twenty-five point threshold first on three consecutive sections, thereby having bestowed upon them the privilege of playing another contest before breaking for the summer growing season.


The formidable tasks at hand for each side proved to be a rigorous challenge and induced the kind of thirst that could dry a well during a rain storm. A well-earned sarsaparilla (in packs of six) could be the reward for each unit's exhaustive efforts on behalf of their schoolmates. 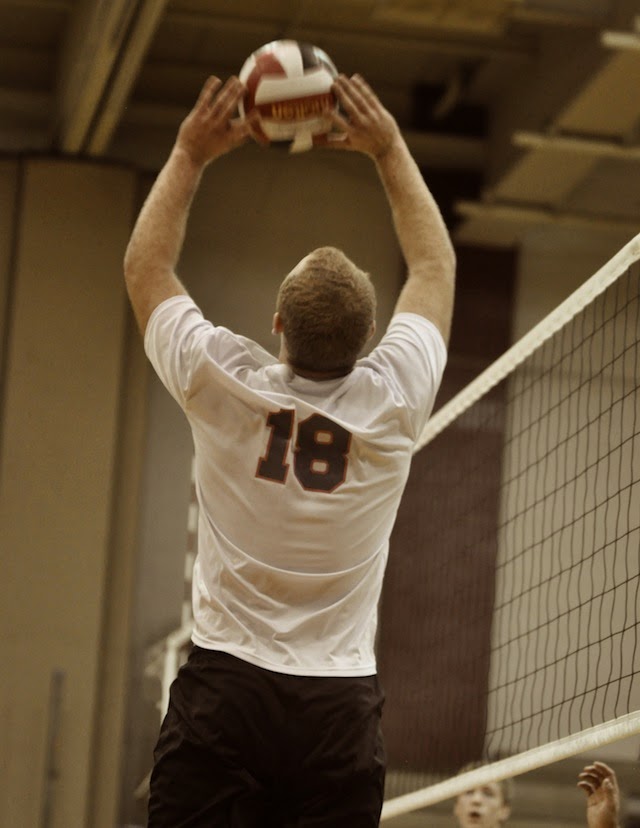 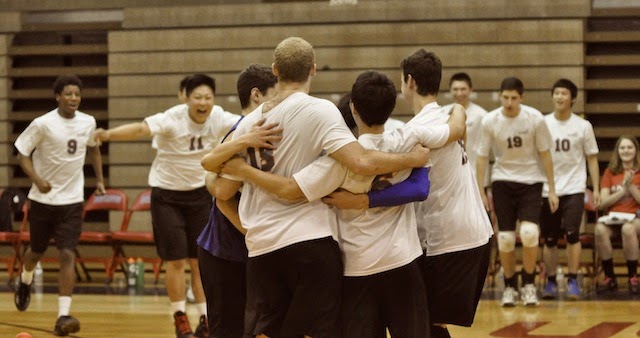 The Wootton-eers, upon hearing of the success of the Clarksburg school to the north and their fine squadron of mintonetters, will engage in another friendly  game that has been arranged for the Tuesday (May 13) following this weekend's chores and studies. That contest will begin at 5:00pm inside the gymnasium of Colonel Zadok Magruder's namesake school.